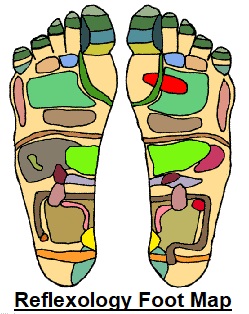 A reflexology foot chart is a commonly used tool in complimentary medicine with reflexology becoming increasingly popular for reducing pain and stress.

Reflexology is not just a “posh” word for a foot massage, it is much more complex than just rubbing the feet!

Reflexology is based on the principle that the hands and feet are made up of zones which reflect the different organs, body parts and systems, known as reflex areas.

By stimulating these reflex areas, most commonly using specific massage techniques, you can reduce stress and pain in the related parts of the body and promote general well-being by improving the circulation of blood and energy.

Reflexology can be used to treat a variety of symptoms including headaches, sinus problems and stomach issues.

Here we will look at what reflexology is, how it started, how it works, what a reflexology foot chart looks like, the benefits of reflexology, the scientific research behind it, the benefits and risks and why reflexology should be used alongside conventional medicine rather than as an alternative.

The American Reflexology Certification Board defines reflexology as “a non-invasive, complementary practice involving thumb and finger techniques to apply alternating pressure to reflexes shown on reflex maps of the body located on the feet, hands and outer ears”. 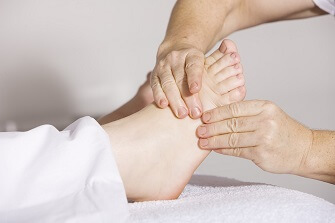 Simply put, reflexology is all about applying pressure to specific areas of the feet, hands and ears guided by a reflexology foot chart or hand map.

With reflexology, constant pressure is applied, typically alternating between finger and thumb pressure to the hands and feet. It is not a case of simply rubbing or massaging the foot, it’s about applying pressure in the right way to the right areas.

Some reflexologists may also use various items such as rubber bands, balls and sticks to assist them in their work.

The Origins of Reflexology 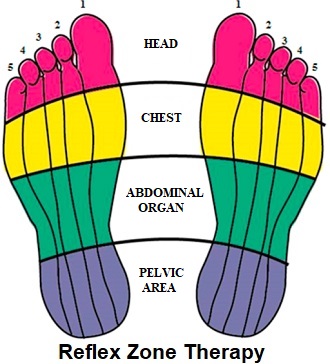 The origins of reflexology can be traced back around 5000 years to Egypt and China. Hieroglyphics found in a pyramid in Egypt dating back to 2330 BC show reflexology as part of Egyptian culture at that time.

By the end of the 14th century a version known as “reflex zone therapy” was being used throughout Europe. In zone therapy the body is divided into ten longitudinal zones (five on each side of the body).

Each zone runs down the body, diverges into one of the arms, and continues straight down through the body and into the particular leg, all the way to the respective foot to line up with a particular toe.

Modern reflexology developed in the early 20th century largely due to the works of Dr William Fitzgerald and physiotherapist Eunice Ingham, who are considered the father and mother of reflexology.

Their works greatly increased understanding of how reflexology works. They built on the theory of zone therapy by mapping the entire body into “reflexes” on the feet leading to the first reflexology foot chart.

How Does Reflexology Work?

Reflexology claims to work on the theory of Qi (pronounced Chee) – an invisible energy field or life force that flows through the different channels or zones in the body. The theory is that if your Qi is disrupted or blocked through stress, injury, illness, toxicity or congestion then the body becomes unbalanced, unable to heal itself and pain can develop.

Reflexology aims to remove any blockages and allow Qi to flow freely through the whole body until a state of balance, known as homeostasis, is achieved.

By stimulating different areas from a reflexology foot chart, reflexologists improve the flow of energy to the linked body part and restore the balance and flow of Qi. This allows a deep state of relaxation which enables the body to heal itself. Reflexology also produces endorphins, chemicals which help to reduce pain and stress.

What Is A Reflexology Foot Chart?

Imagine a map of your whole body projected onto your foot - that is essentially what a reflexology foot chart or map is. Each part of the body is represented on a certain part of one or both feet.

It’s not as simple as drawing a body on your foot, instead the size, position and scale is altered e.g. the sinuses are linked to the tips of each of the toes and the knee is linked to part of the outer border of the sole of the foot.

Here is an example of a reflexology foot chart (you can find more examples at the end of this article): 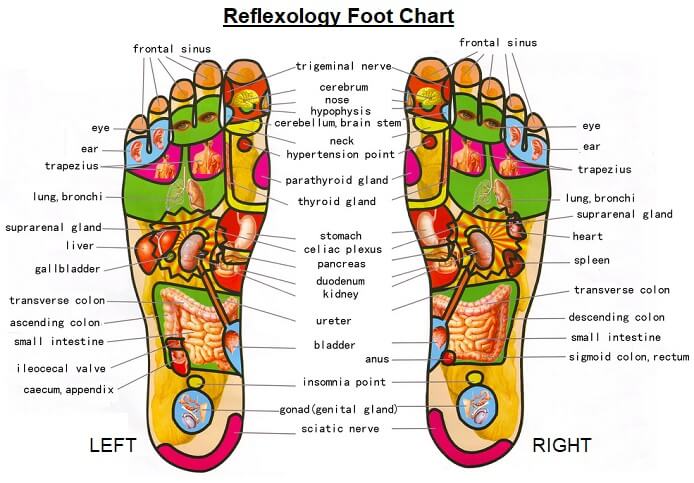 One reflexology foot chart may look slightly different to another, but each of the organs and body parts will be represented in similar positions. Some reflexology foot maps are more detailed than others which accounts for many of the differences.

Reflexologists claim that by manipulating the feet, as guided by a reflexology foot chart, they can: 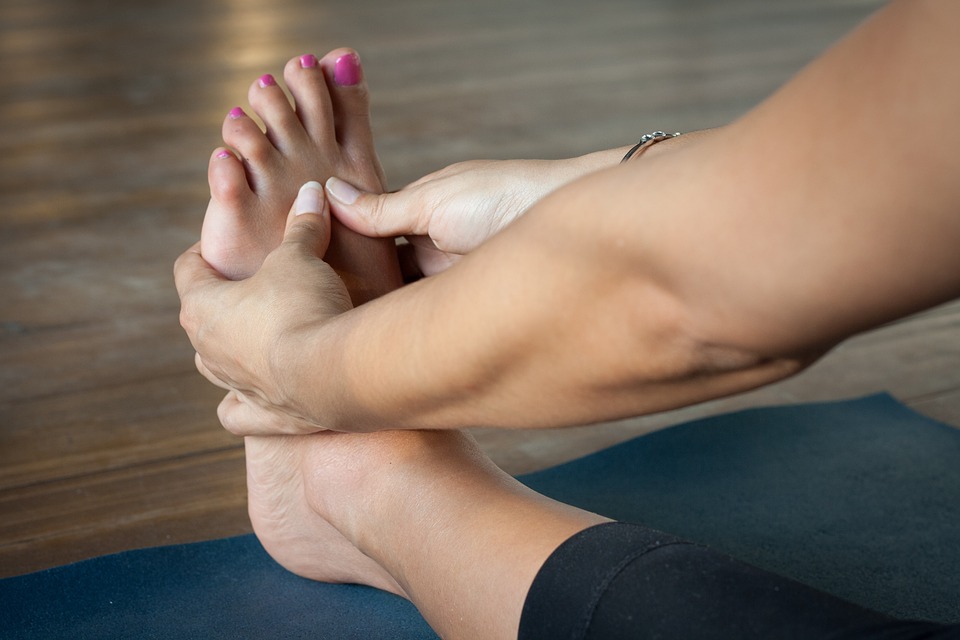 Reflexology is becoming increasing popular as it is considered to be a safe, non-invasive, natural treatment, without the need for drugs or chemicals. It is also easy to learn the techniques and self-apply almost anywhere, anytime, all you need is some simple instruction and a reflexology foot chart.

Some reflexologists claim that by treating people using the points from a reflexology foot chart as a guide, they can treat a variety of medical conditions such as diabetes, asthma and cancer, but there is no robust scientific data to prove these claims.

However, several studies (funded by the National Institutes of Health and the National Cancer Institute) have shown that reflexology may reduce pain and thus decrease the amount of pain medication required, help to improve psychological conditions such as depression and anxiety, and enhance relaxation and sleep.

Reflexology has also been found to reduce the intensity of labour pains and to be a helpful adjunct with cancer patients during palliative care.

Stimulating the different areas from a reflexology foot chart is generally considered safe, but reflexology should not be used in the following instances:

Reflexology should not be used as a stand-alone treatment, nor should it delay the use of conventional medicine. It should only ever be used as an adjunct to treatment, alongside scientifically proven treatments.

Side Effects of Reflexology 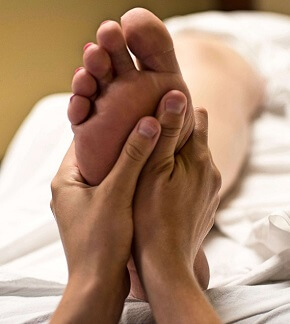 Everyone responds differently to reflexology treatment but people commonly report:

It is important to take it easy after your treatment session, and to gain the most benefit it is advisable to go home and rest for an hour or so. Make sure you drink plenty of water to eliminate the build-up of toxins that are released during treatment.

As we have discussed, one reflexology foot chart may differ slightly from another - there are numerous versions of reflexology foot maps out there. They will all have organs and body parts in similar places, but some may be more detailed than others including a greater number of regions.

Here are some more examples of foot reflexology charts: 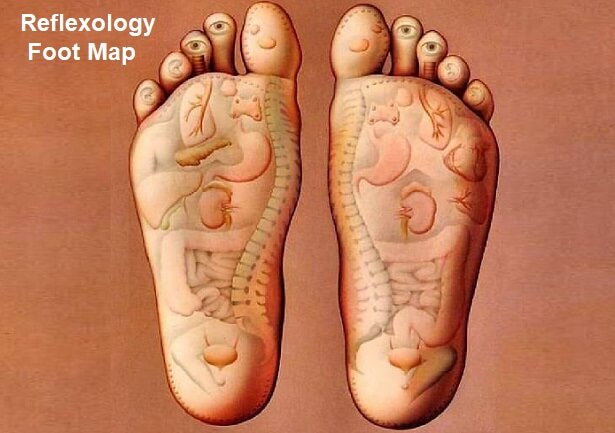